Private debt funds in Europe are set to take off 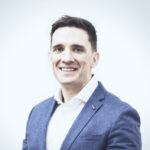 Eamon Lyons
Waystone has positioned itself as a leader in alternative lending throughout Europe. The European Commission now plans to bolster the Capital Markets Union through a review of AIFMD. At the same time, the Central Bank of Ireland signals that Ireland is open for business.

In the first half of 2022, global markets have seen increased market volatility, inflation and the inevitable rise of interest rates. These market conditions have led investment managers to seek fixed returns and lenders to look for alternative finance at competitive rates.

Through legislative change, the European Commission (EC) and the Central Bank of Ireland (CBI) have already put the wheels in motion for a framework to create alternative sources of finance.

Building the Capital Markets Union and the introduction of AIFMD II

At the Waystone European Funds Spotlight, our guest speaker, European Commissioner Mairead McGuinness, discussed the need for a deeper, more integrated Capital Markets Union (CMU). A review of the Alternative Investment Fund Managers Directive (now commonly known as AIFMD II) was identified as one of the main pillars for the CMU to succeed. In particular, the EC wants to harmonise rules for managers of loan-originating funds across the EU. The goal is to support alternative sources of financing for the real economy while fostering financial stability. The market for direct lending outside the banking sector in Europe is growing, but funds currently operate under a set of divergent national rules. The EC plans to address this fragmentation to help create a single market for loan-originating funds in the European Union.

The Governor for the CBI, Gabriel Makhlouf, echoed these comments at the Irish Funds Conference in May. Mr Makhlouf noted, “Firms with fewer outside financing options – SMEs in particular – are more likely to be faced with higher mark-ups on loans by banks who may also be less inclined to pass on interest rate reductions to them. Increased access to finance (bank or non-bank) – one of the goals of CMU – could make pass-through of monetary policy more complete.”

The Governor spoke specifically about AIFMD II, highlighting that “The AIFMD review also represents a targeted approach to reform. The new loan origination framework will create a common framework throughout Europe for lending activities by investment funds. In an area which has not so far been subject to regulation (except on a limited national basis), this is welcome.”

The CBI and its procedure for launching a private debt fund

I recently participated in a webinar, Regulator Insights: Private Funds in Ireland – Present and future, with James O’Sullivan (Head of Funds Authorisation at the CBI). I had stated that I had found the current CBI Loan Origination Rules (L-QIAIF Rules) and the changes proposed in AIFMD II to be alike. Specifically, such similarities include the requirement to maintain effective policies, procedures and processes for granting loans and the need to have diversification on exposure to a certain borrower subject to a ramp up and ramp down period already in place. Mr O’Sullivan noted that it was no surprise that the framework is similar. He pointed out that the CBI and the Department of Finance lobbied European Securities and Markets Authority extensively before the AIFMD review commenced to build important features into the European framework. The CBI is in a position to do so as one of the first national regulators to introduce legislation for private credit funds.

The CBI has further enhanced Ireland as a domicile for private debt funds by streamlining the application process by removing the requirement to make a pre-submission for an L-QIAIF, ensuring that managers can avail of the 24-hour approval process.

Waystone is a leading provider of Private Debt Funds in Europe

As the EC continues to grow the CMU with the introduction of AIFMD II, managers can look at Ireland as a domicile ahead of the curve, having already introduced the L-QIAIF regime. Furthermore, the similarities between the L-QIAIF Regime and AIFMD II can give managers confidence that any credit funds established in Ireland will have little legislative disruption once AIFMD II is enacted.

Waystone had identified the L-QIAIF – as the niche in the market for managers some time ago and enhanced its credit risk analytics and investment oversight capabilities by increasing the headcount in its Investment Management Oversight team and hiring credit specialists. Waystone offers a wide range of global solutions for debt structures.

Waystone has the expertise, experience and skill set to launch a loan fund successfully. If you are considering launching a loan origination fund in Ireland or Luxembourg, please get in touch with your usual Waystone representative to learn more about our European Solutions.

Waystone increases its global offering with the launch of Waystone ETFs

Waystone announced today that it has launched Waystone ETFs, an institutional ETF platform operator with an expert team with over…
Read more
News

The Central Bank of Ireland (CBI) has updated the Alternative Investment Fund (AIF) authorisation section of its website. The changes…
Read more
News

Thank you for joining Waystone and its Swiss team at the Summer Drinks in Geneva.
Read more
News

EU confirms no additional AML-CFT measures for the Cayman Islands

In a letter dated 17 May to the Cayman Islands Minister of Financial Services and Commerce, the Hon. André Ebanks,…
Read more
News

Waystone Let's Talk About It...

Waystone let's talk about it.... was the first in a series of panel discussions on key social topics including a…
Read more
News

It’s been three years since we last welcomed our clients and friends for GAIM, and it was a wonderful to…
Read more

Looking for a fund?

Not sure what you are looking for?